Right, let’s get into the review – please be warned that there are spoilers ahead. 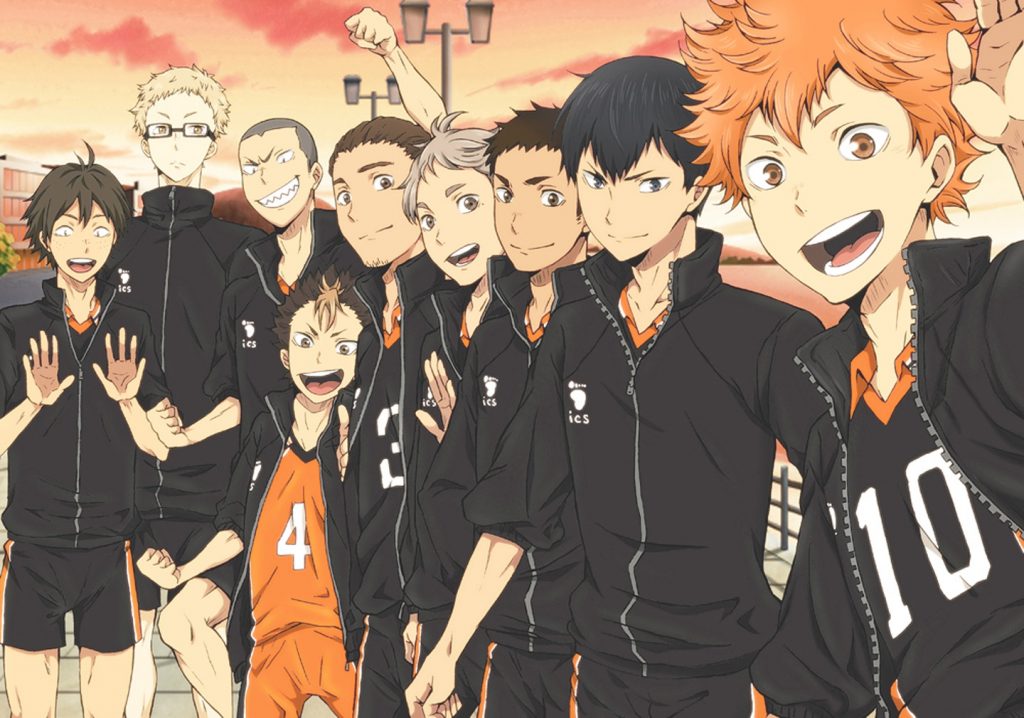 The only time that I have ever played volleyball was back in high school, and you’re just going to have to take my word that that was many years ago. I am not familiar with the rules, plays or terminology of volleyball, but surely half of the stunts they pulled in Haikyu are impossible. Right? RIGHT?! I enjoy a sports anime, I like the energy that they bring, and general comradery that comes with it. They’re usually pretty easy to watch and the drama is pretty tame.

Let’s be clear, the plot is very…basic. It’s your textbook ‘Sports’ anime, and has  (especially like Prince of Stride – anyone else agree? Anyone?) Two athlete prodigies to join the team, one extremely energetic and filled with clumsy enthusiasm (i.e Hinata is like Riku) and another extremely talented athlete, stoic and (but seriously, doesn’t Kageyama and Takeru look identical? and Haruka from Free! Long lost triplets).

We then have our seasoned players, our mentors who fill in the gaps and make a complete team, but of course they come with their own emotional baggage and have been scorned by their love of the sport in the past. This season is usually the return of the ‘King’.

The art was for the most part enjoyable. I only have one thing to really nit-pick on, but it bothered be every episode. Each time the characters were seen on the opposite side of the net, the editors/animators had made the decision to remove the netting from their face. Honestly, I couldn’t focus on anything else when the somewhat ‘floating heads’ were poking through the net to have an epiphany moment on the court. I know that this is done in most anime where there’s a net, but I think it’s not as noticable when it’s for only a scene and not the whole series like in Haikyu. 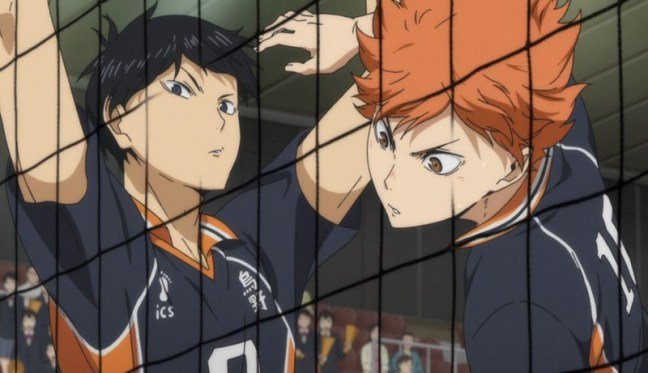 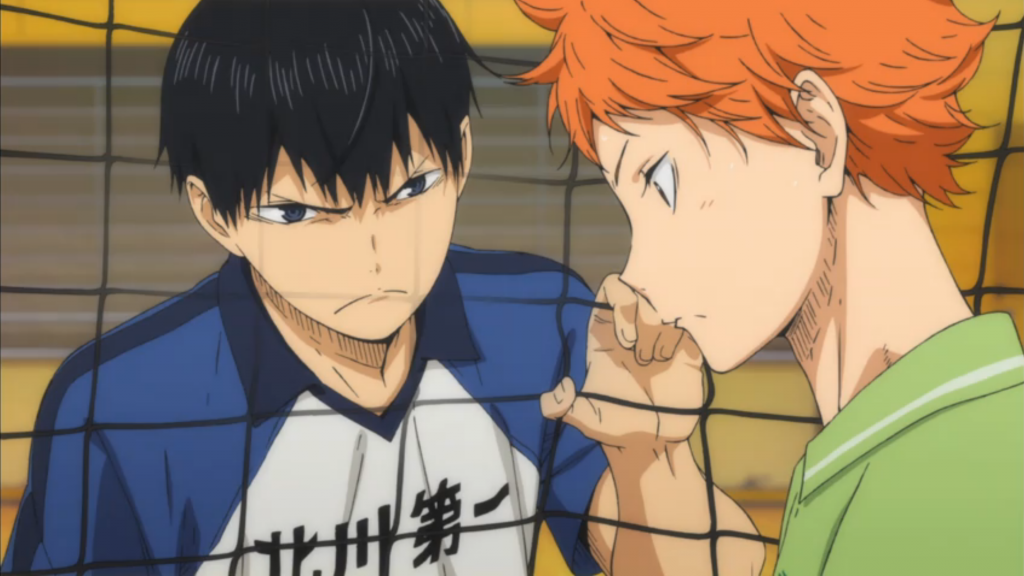 The music was really enjoyable in this,

In regards to the flow of the season, I thought the first half moved along at quite a nice pace. The introduction of new characters for the first few . Now, for the end of a series, I find it acceptable to have the final game/event/climax of the show to cover two, maaaaaybe three, episodes AS LONG AS THERE IS PROGRESSION. If the story requires it be dragged out for five episodes, then it better have an extremely gripping storyline that answers all the questions that have been accruing in my brain over the span of the series. Haikyuu had not three, not four, BUT FIVE EPISODES dedicated to the one game . I’m sorry, but that was just too much for me. By the end, I was begging for someone to do another impossible move and tell us that the series was over. There was also a lot of reused scenes in the later episodes which didn’t really help with the flow.

Overall, I found this really light hearted and enjoyable. I most likely won’t be watching this again, but will watch the second season.

Find us on the following socials